Gleason Immigration Law knows that post-doctoral fellows and other young scientists and scholars find themselves between a rock and hard place when it comes to applying for the green card. Not only are employer sponsored petitions often difficult to come by, but they tie you to both the employer and the specific position for which you were sponsored. With visa backlogs of several years in many preference categories, a self-petition may be a better option.

Attorney Gleason has assisted many individuals in self-petitioning as aliens of extraordinary ability (EB-1 Preference Category) and as advanced degree professionals whose immigration is in the national interest (NIW) (EB-2 Preference Category). While these self-petition options may not be appropriate for everyone, our expertise and in-depth understanding of the regulatory standards enables us to prepare compelling and persuasive petitions for well documented cases. 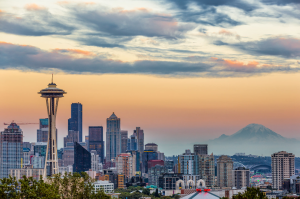 Our success with these petitions is based in large part on the time we spend understanding the nature and significance of your achievements, and translating very technical concepts into terms that the immigration adjudicators can understand and appreciate. These detailed explanations, coupled with corroborating documentation, provide a picture of your accomplishments as they comport with the regulatory criteria. The overall effect is to facilitate immigration’s understanding of just how extraordinary you are.

Another non-PERM option that falls within the EB-1 Preference Category is the Outstanding Researcher/Professor. However, unlike in Extraordinary Alien and NIW petitions, you must have a permanent offer of employment from a sponsoring employer. Foreign nationals are also required to establish three years of teaching or research experience in their field. Other than these requirements, the regulatory criteria to establish an Outstanding Researcher/Professor are almost identical to that which is required to establish Extraordinary Ability. While these same criteria are not specifically stipulated for the NIW, they do inform the three prong test that is used to determine if an individual’s immigration is in the national interest.

Given the similarities amongst these different categories, you may wonder how to determine the one that is appropriate for you. You may not have to. It is possible to submit an application for a single individual simultaneously under two or more categories. With regards to these three types of petitions, the evidence required is virtually the same, the different legal standards used to judge this evidence are addressed in the attorney cover letter. 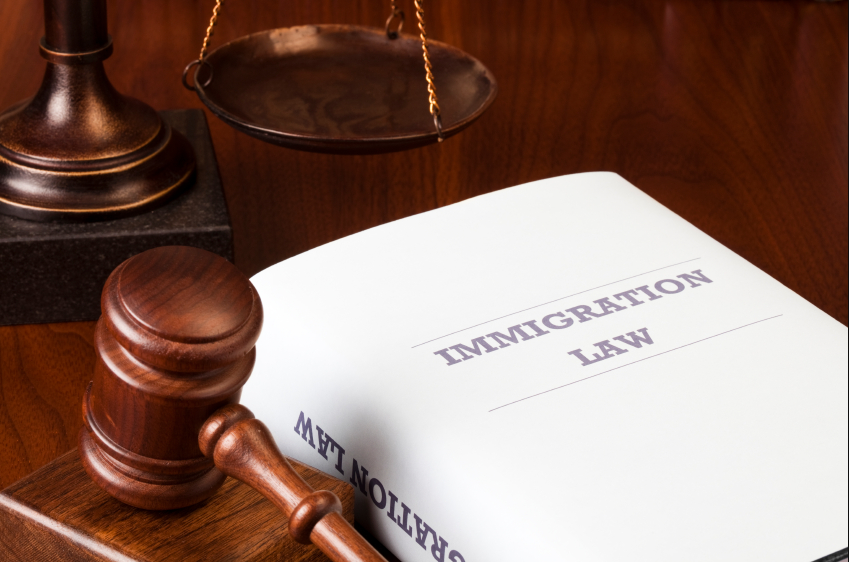 Recent developments under the Obama Administration show that the U.S. Department of Homeland Security (DHS) and Department of Labor (DOL) have substantially stepped up their worksite enforcement efforts, including increased I-9 audits and H-1B site inspections. Gleason Immigration Law assists businesses around the country in preparing corporate policies and programs to ensure full compliance with federal laws and regulations, as well as the increasing volume of state worksite enforcement laws. We also represent employers who face audits, investigations and enforcement-related litigation.

Employers that knowingly hire unauthorized foreign workers may be held civilly and/or criminally liable for their actions. Our immigration compliance practice focuses on helping employers avoid these costly civil fines and criminal penalties. Our services include:

Gleason Immigration Law offers training sessions on I-9 (employment verification eligibility) compliance ranging from a one-hour sessions to half-day programs covering a range of I-9 and E-Verify topics. Attorney Gleason provides take-home quick-reference I-9 guide for employees which serves as a handbook for handling recurring I-9 issues. Training topics include: properly completing the I-9 form, spotting document fraud, handling reverification, minimizing the risk of penalties for I-9 violations, dealing with social security number “mismatches” and responding to tentative nonconfirmations in the E-Verify process. 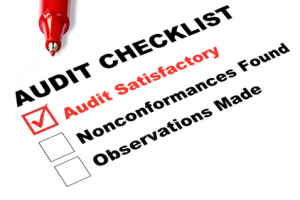 Gleason Immigration Law can create I-9 compliance assessment reports specifically tailored to individual employers. Attorney Gleason reviews randomly selected I-9 forms, has discussions with the human resource professionals responsible for completing I-9 forms, and reviews all written employer policies and procedures regarding I-9 compliance. We then provide the employer with an I-9 “report card,” both identifying areas where the employer is in full compliance and areas where the employer’s program falls short of the governing I-9 laws and could expose the employer to I-9 penalties, sanctions and other liabilities.

We assist employers in reviewing the state of their I-9s. First, we provide an overview to the personnel who will complete the audit, providing them with materials and tools to assist them in spotting I-9 problems. Second, we provide advice on an as-needed basis during the self-audit. Third, at the conclusion of the self-audit, we review a sampling of the I-9 forms and any specific I-9s that the employer designates for review to ensure that the documents meet the governing legal standards.

Attorney Gleason can conduct a full on-site I-9 audit on some or all of an employer’s I-9 forms, identifying those documents that require additional steps to comply with I-9 laws and highlighting other issues that may expose the employer to I-9 penalties and sanctions. If an employer is selected for an I-9 audit, Gleason Immigration Law can represent an employer in preparing for the audit and by engaging with U.S. government officials.

I-9 Inspection and Raid Defense

In the event of a government inspection or raid, Attorney Gleason can communicate and negotiate with the U.S. Government on an employer’s behalf and representing the employer, if necessary, before U.S. federal agencies and courts.

The Department of Labor has increased its random, unannounced onsite inspections of H-1B employers to verify that both the H-1B employer and its H-1B employee are in compliance with all H-1B requirements, including requirements relating to the Labor Condition Application posting, payment of required wages, maintenance Public Access Files, and any required non-displacement inquiries. Failures in these areas can result in significant back-pay awards, civil fines and debarment. Just as the U.S. Government has increased its criminal enforcement of I-9 requirements, the government is increasing its pursuit of criminal enforcement actions against H-1B employers. Thus, it is important for ALL H-1B employers (whether a small, privately-held IT company or a large, publicly-traded Fortune 500 company) to make sure that its H-1B compliance program is properly established and compliant with applicable regulations. 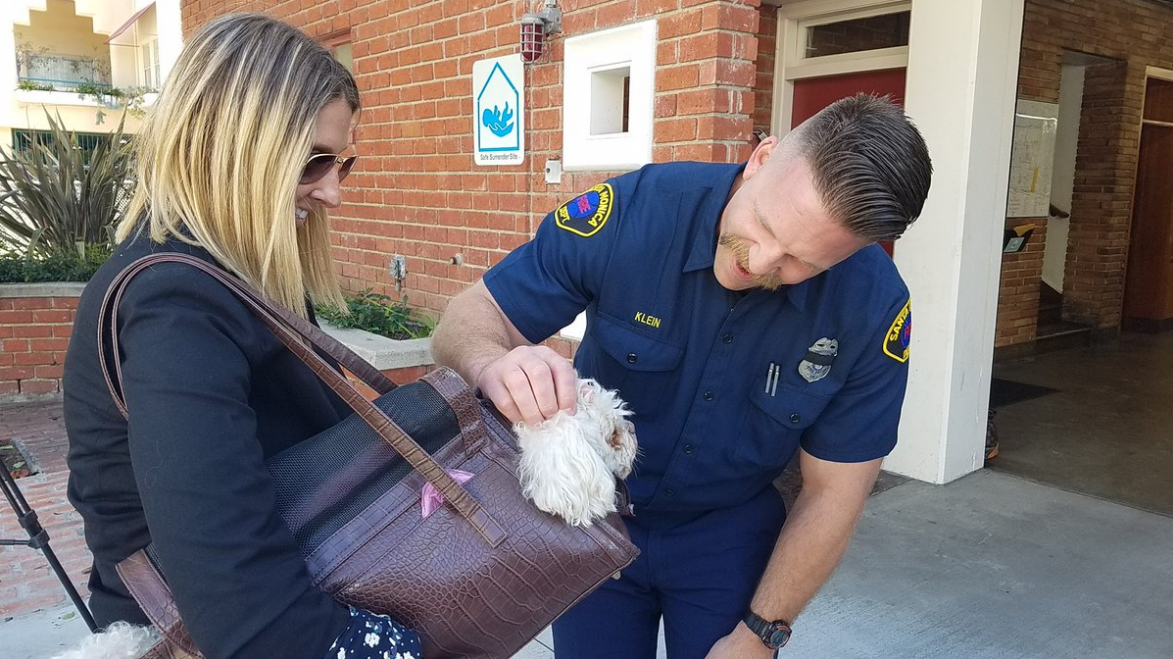 Saskatoon immigration lawyers are the men and women lawyers of Saskatoon’s legal community who handle the immigration requirements of people who live in Saskatoon, or anywhere in Saskatchewan for that matter.

Contacting an immigration lawyer can be one of the most important decisions you ever make. It can determine your entire future.

Sometimes immigration “lawyers” are referred to as immigration “attorneys” although this is generally considered more of an American term and really has no place in the Canadian legal system.

In 2007 Statistics Canada prepared a report called “The Demographic Situation In Canada”. That report found that there were some 236,759 immigrants admitted to Canada in that year – 27,955 refugees, 66,229 who were family class and a hefty 131,250 who were in the economic class. The economic class includes business immigrants, company owners, investors, provincially nominated individuals and as well the self employed.

It is interesting to note that in 1913 over 400,000 immigrants were admitted to Canada – primarily to settle in western Canada. Many residents of the Saskatoon, Saskatchewan area can trace their roots back to those early settlement days of a hundred years ago. Today immigration to Canada is at about half that number and includes a great many skilled workers, temporary workers, live-in caregivers, and students.

The top 10 countries of origin in 2007 were reported as being:

Until 1947 Canadian citizenship did not exist. People were known as “British subjects”. However, shortly after the end of World War Two, the Canadian Citizenship Act came into force and Canadian citizenship became a reality. The law was substantially amended in 1977 with the passage of the Citizenship Act and that legislation governs to this day. There are further requirements but speaking generally an incoming immigrant becomes eligible for Canadian citizenship once they have been resident in Canada for 3 years. You need to check with an immigration lawyer on these matters.

The Citizenship Act can also be viewed at the Department of Justice website. 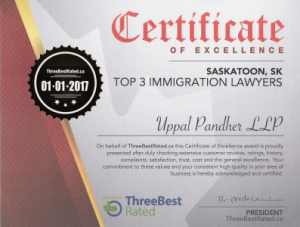 Your more involved Saskatoon immigration lawyers will also be members of the Citizenship and Immigration Law North subsection of the Saskatchewan Bar Association as well.

Immigrating, trying to become a Canadian citizen in Saskatchewan or trying to get permanent residency in Canada are huge decisions.  The legal requirements are complicated.  Having a careful, knowledgeable immigration lawyer on your side provides the best chance of achieving success. The best immigration lawyer is the one that will help you and explain things to you and keep it simple.

It is important, in considering who your Saskatoon immigration lawyer is going to be, that you select one that is practical, experienced and knowledgeable of exactly how things work in Saskatoon. They should have an office in Saskatoon which is staffed full time and have been there for some years.